Using Variables to Change between Member Sets on Columns

Using Variable as a way to display different sets based on user selection.

1.  Create sets for the each variable selection you would like to have.
In this example, I’ve created two country sets under the Customer Geography Zip hierarchy which is located on Columns.

2.  Create a new Button Variable by clicking on Buttons in the Extensions tab. Configure the variable to have two values, one for each set you’ve created in step 1 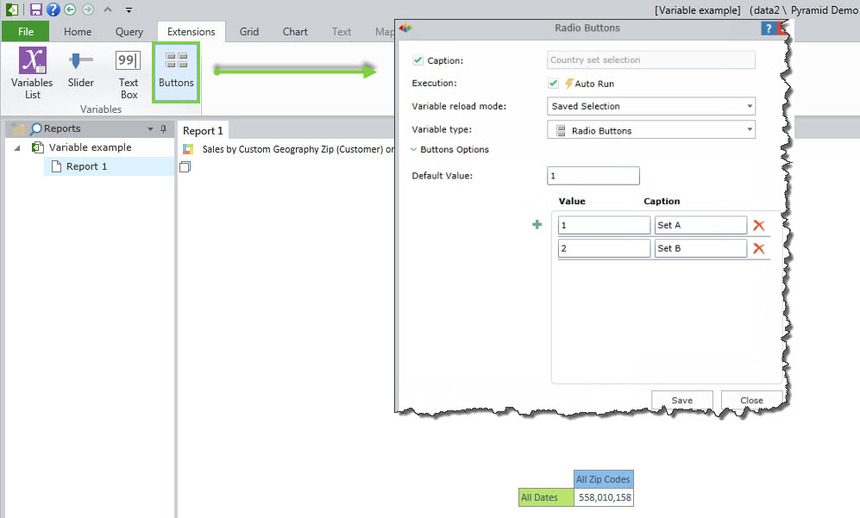 3.  Create a third set under the same hierarchy and add a Case statement to select between the two sets.  You can click on "Hierarchies, Elements, Functions and Variables Trees" on the bottom of the window to add the sets and variable to the MDX expression. It should look something like this: 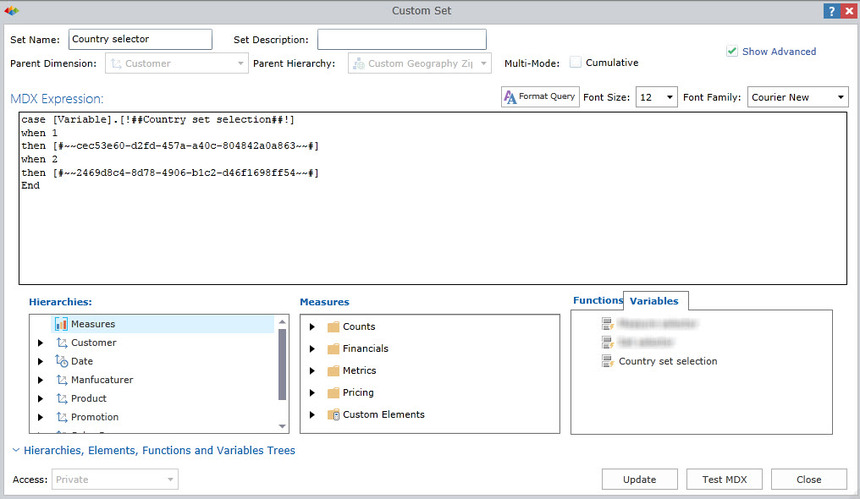 4.  Once the set is configured, place it on Columns and the variable should appear in the report 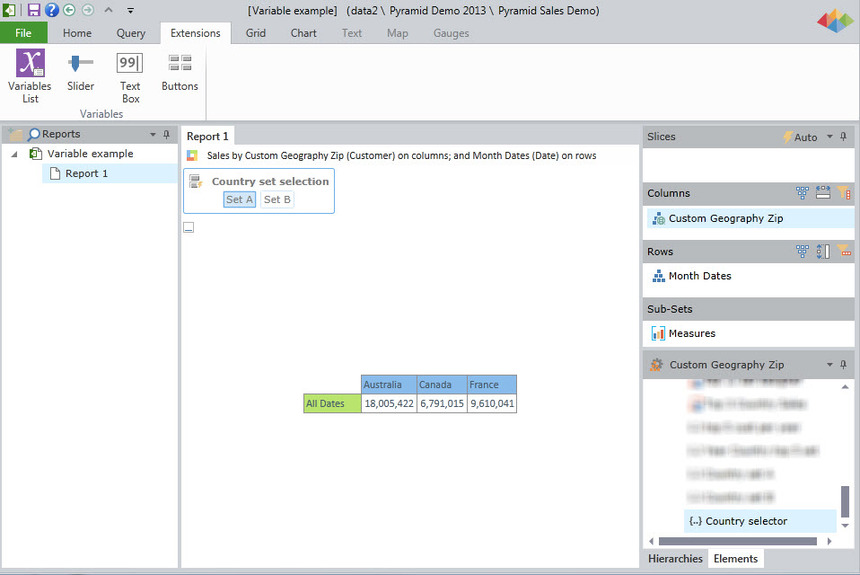 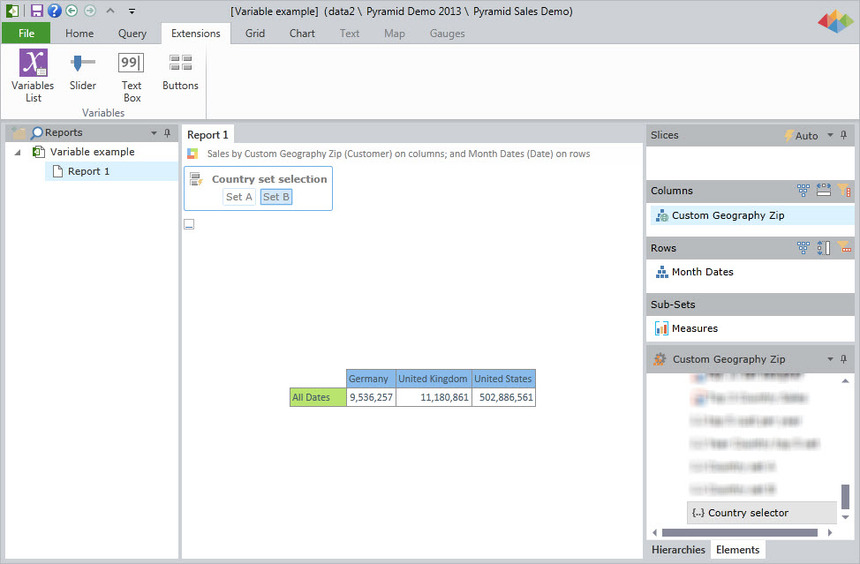