Part 2 of of this blog series focuses on the handling of user hierarchies within the TI Wizard. If you haven’t yet read through Part 1 we recommend that you do so at this time, since Part 2 builds directly on the tips & techniques that we presented in Part 1.

The screenshot below shows a full display of all possible TI functions for the user hierarchy named “Month Dates”. We recommend that our users adopt a simple two-stage approach for working with user hierarchies. 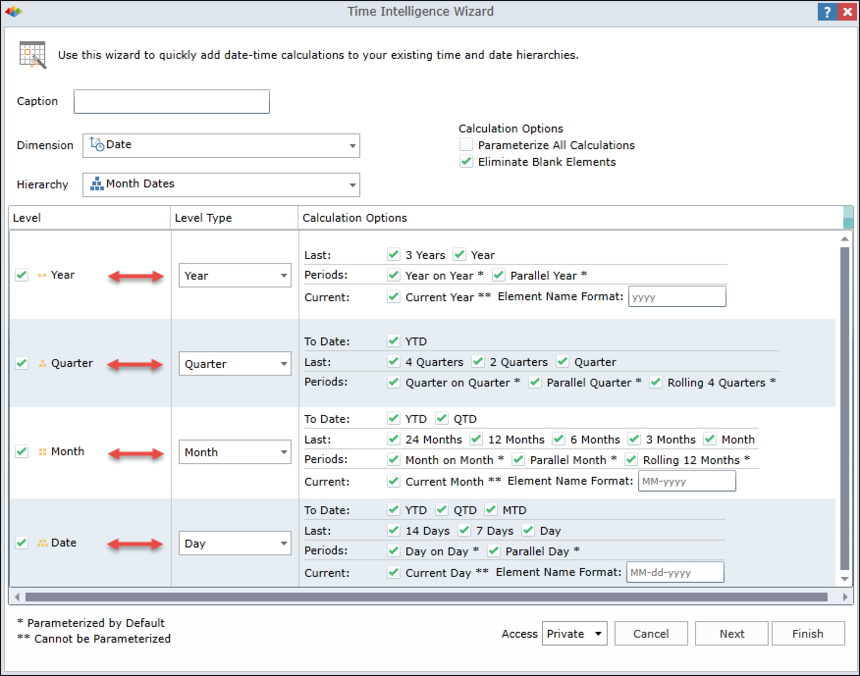 STAGE A:  Displaying All Valid TI Functions for a User Hierarchy

Two Conditions Must be Met

To view all valid IT functions for a given user hierarchy, two conditions must be met:

Number of “Levels” in User Hierarchies May Vary

Why is the Caption Field Empty?

Leaving the Caption empty serves as a “failsafe mechanism” to ensure that we cannot accidentally launch the wizard before we have reviewed all possible TI functions and decided which ones to use. As long as the Caption field is empty, the Next and Finish buttons will remain inactive.

STAGE B:  Choosing the Relevant TI Functions Only

Each user hierarchy allows you to generate a large assortment of TI functions. It's quite rare that you will use all these functions in parallel. In most cases, you will probably select just a few TI functions for inclusion in a report. In the following section, we will walk you thru the setup process for a TI function known as “Quarter-on-Quarter”.

Example of “Quarter-On-Quarter” for User Hierarchy

In this example, we use QTR-ON-QTR as the caption and set up the TI Wizard to create the QoQ function, as shown below. We click the Finish button to skip over the Wizard Summary and proceed directly to the generation of our QTR-ON-QTR elements in the Custom Elements folder. 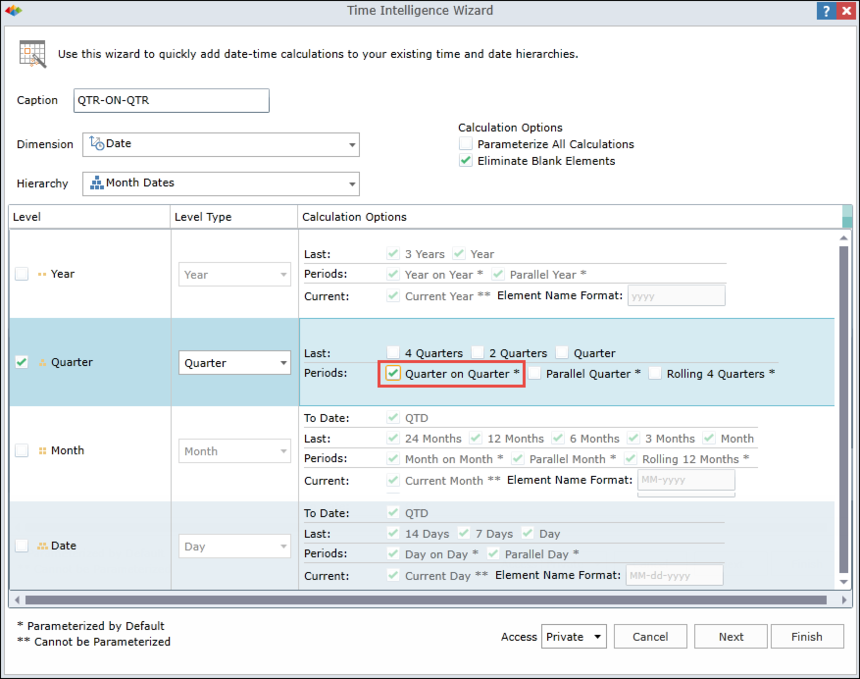 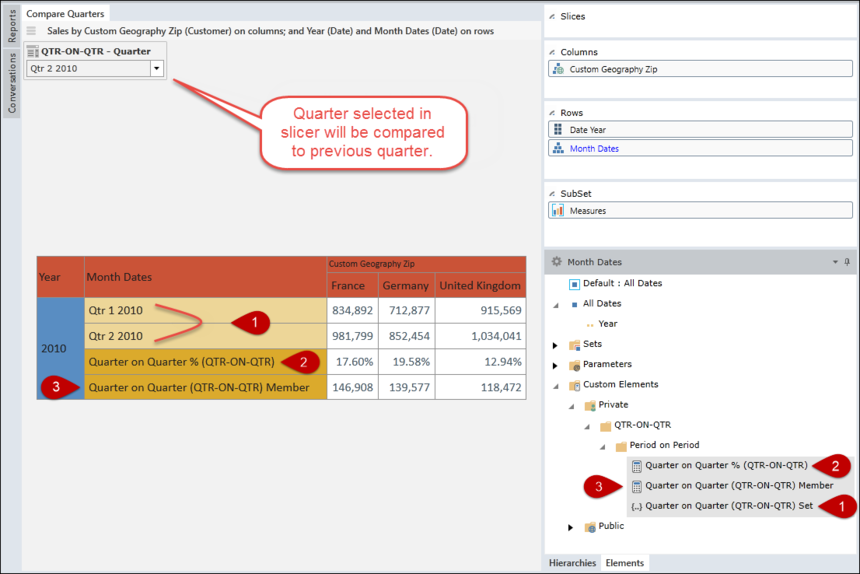 Time Intelligence in Story Board

The true power of the Time Intelligence wizard lies in the fact that the TI functions are fully accessible by the user in Story Board runtime mode. In the example shown below, the QTR-ON-QTR slicer can be used to compare sales figures for any two months. In this case, we have selected Q1 2009 to compare it to the final quarter of 2008. 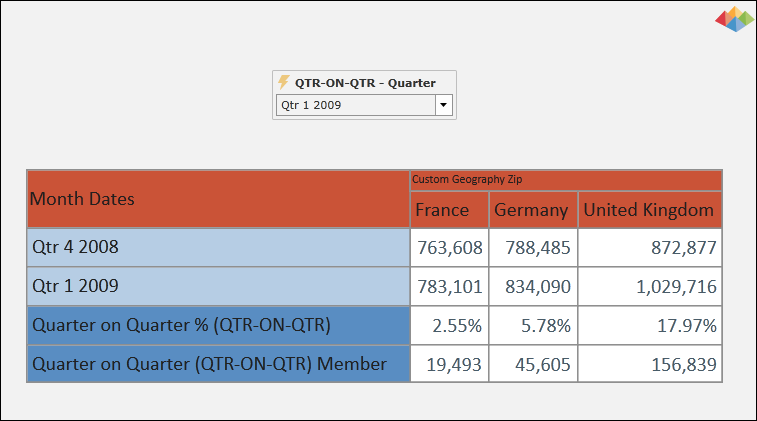