To demonstrate this example, the first step is to create a variable to represent the target value and allow the end user to change the target value to automatically see which products are under or over target.

The example is split into two parts: the first part is to calculate the Above and Below Target values, and the second part is to create the chart view.

Above and Below Target Values

Part 1: Calculating Above and Below Target Values

For calculating the Above and Below Target values, the first step is to create a Custom Member in the Measures dimension equal to the variable value. 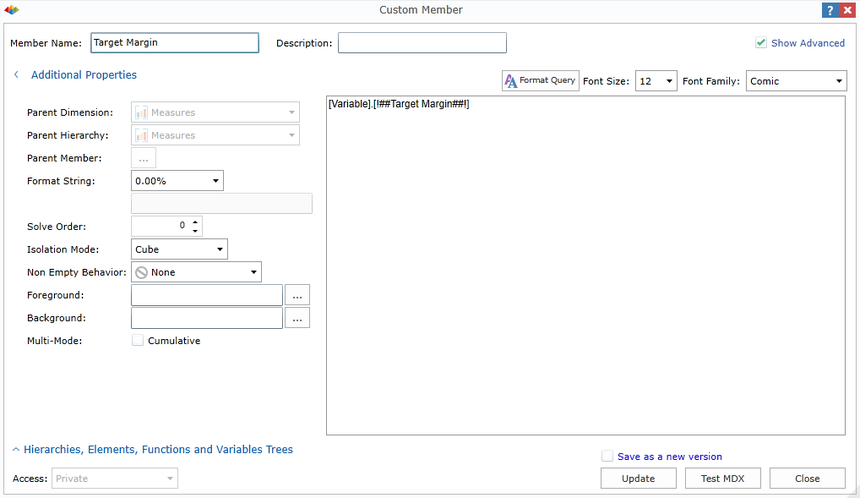 Create a Custom Member Equal to the Variable Value 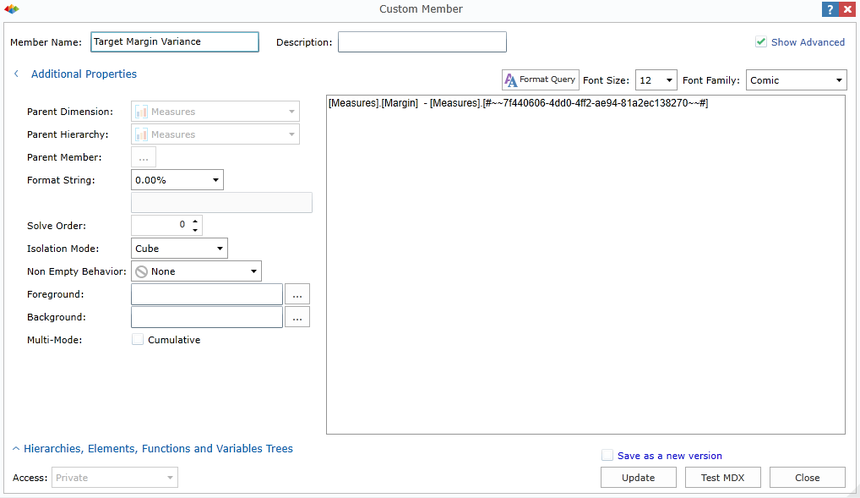 The next step is to create a Custom Measure in the Measures dimension called Below Target. The MDX statement uses an IIF statement to test which products are below target; 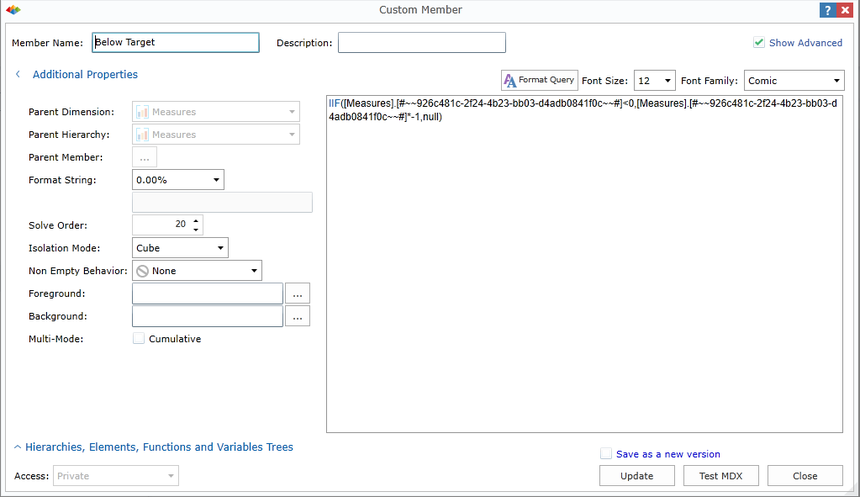 Create the Below Target Custom Measure

Next, create a Custom Measure in the Measures dimension called Above Target. The MDX statement uses an IIF statement to test which products are above target;

IF [Target Margin Variance] > 0 THEN [Margin] ELSE NULL. 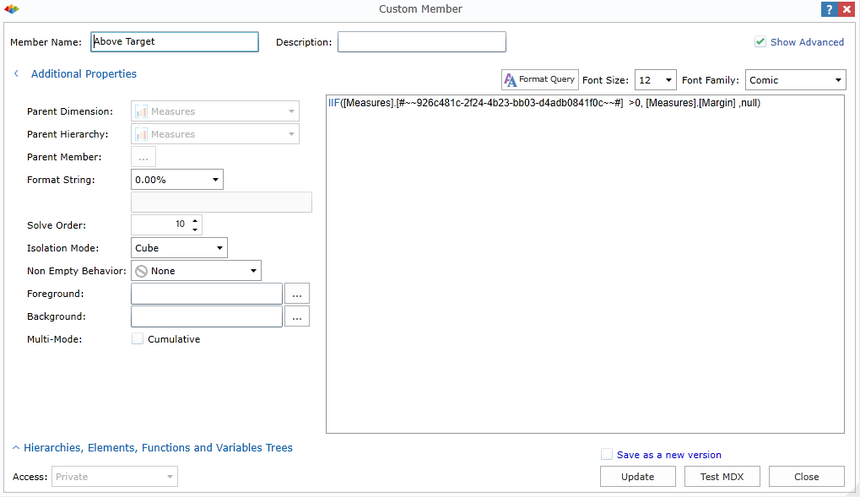 Create the Above Target Custom Measure

The final custom measure created in the measures dimension is called Actual Margin.

If the margin is below Target then set the value equal to the Margin value, if not then set it to NULL. 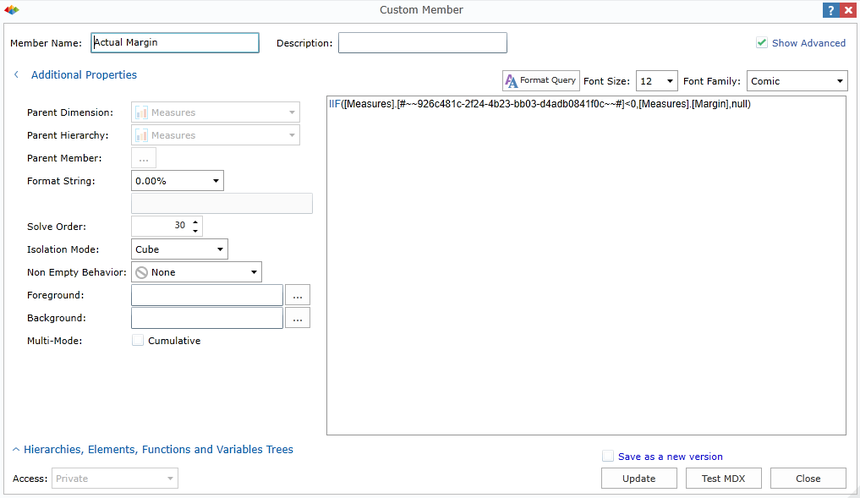 The second step is to create the chart view based on the customer measures: Actual Margin, Below Target, and Above Target.

The chart type should be set to a stacked horizontal column chart.

Edit each series to display the preferred column theme.