In Part 4 of this blog series, we continue the use case that we began in Part 3. We will now see how Bob organizes his prediction results into three different grids. We should mention that the wizard does not automatically display prediction results in any specific grid, chart or visual formats. Bob has to decide, like any BI Office user, how to display his results in the most meaningful manner.

The most important cells in this matrix are the YES-YES and NO-NO cells. Out of a total of 481 people who actually bought bikes in 2016, the model estimated that 365 would do so (YES/YES of 76%). And out of a total of 519 people who did not buy bikes in 2016, Bob's model predicted that 402 would not (NO/NO of 78%). With percentages like that, Bob feels confident that he can continue the process with the current predictive model.

In reality, it might take you a few attempts to arrive at such impressive results. The good news is that the wizard makes it easy to quickly swap your input settings and retry the wizard for better results. In fact, that’s one of the big advantages of using an automated prediction tool over a hand-driven method. 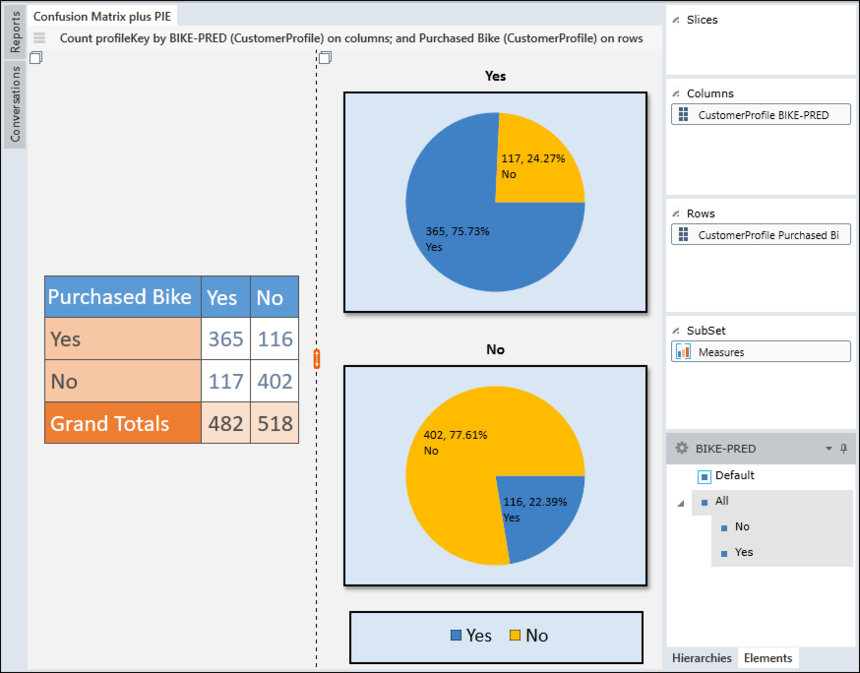 The "Confusion Matrix” helps to evaluate quickly the efficiency of your predictive model.

Now that Bob is confident in his model, he wishes to discover the statistical significance of the two selected categories. To do this, he places the categories in the rows.

In the first line of the grid, Bob sees that out of 133 single home owners who actually bought bikes in 2016, the model predicted that 112 would do so and 21 would not. 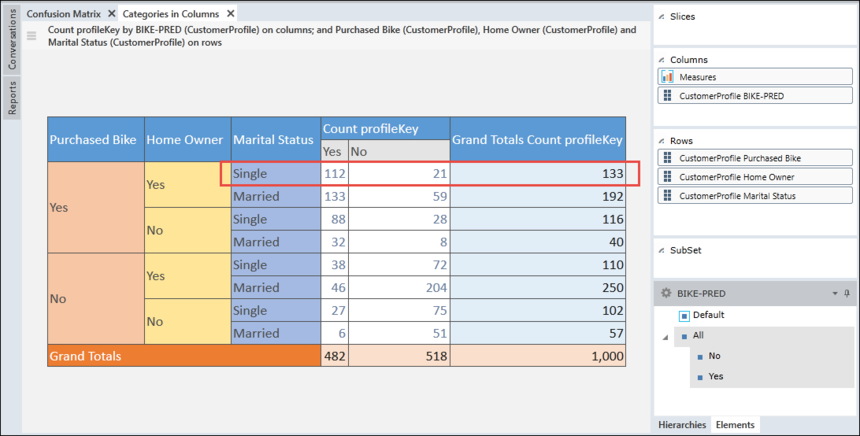 If you recall, Bob's predictive model was based on two categories (Home Owner and Marital Status) and three numerics (Cars, Children, Income). To display the grid shown below, Bob has selected the four measures in the Elements Panel.

When Bob looks at the stats for married home owners, he notices an interesting correlation between the number of cars owned and the number of bike purchases. 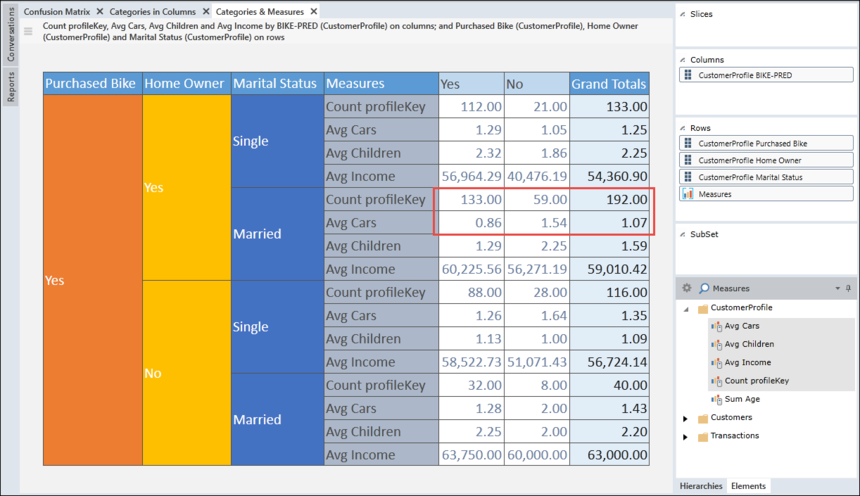 Averages can be displayed in grid by selecting measures in desired order.

This use case for bike sales has demonstrated just a small number of the many Prediction Wizard capabilities – enough to get you up and pedaling with the wizard. For additional information, search for “prediction” in the User Community and in the BI Office Help.