In the world of data analytics, one of the primary usages of maps is to perform distance-based analysis. Some common business applications might be:

In this blog, we will illustrate some basic BI Office techniques for highlighting locations based on their distance from a given city.

In the example below, all California cities within 1.5 radius units of the city named “Calpack” have been highlighted on the map. When the user changes the distance (radius) or the center (origin point), the highlighting is updated interactively within the map.

In the following steps, we explain how this particular example was created within BI Office. 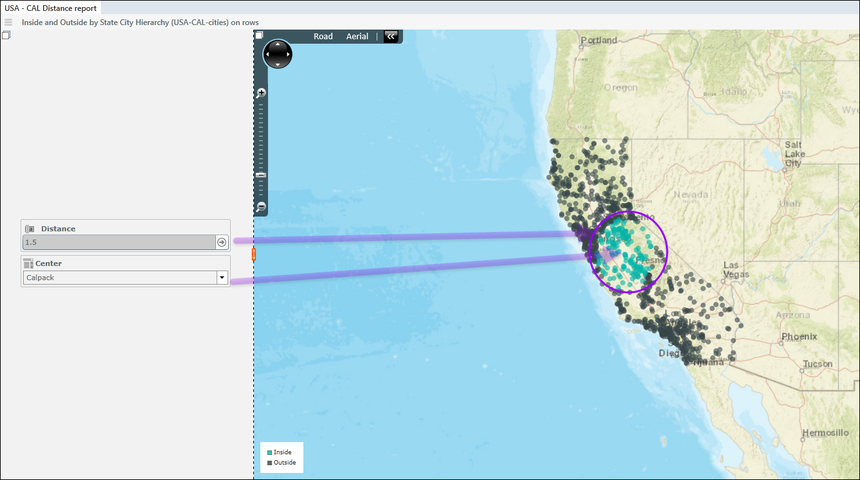 In order for distance analysis to operate properly, we first need to ensure that the source data includes some type of geo-coordinates. In this case, we begin with a simple MS Excel file that includes latitude and longitude figures for each city in California. 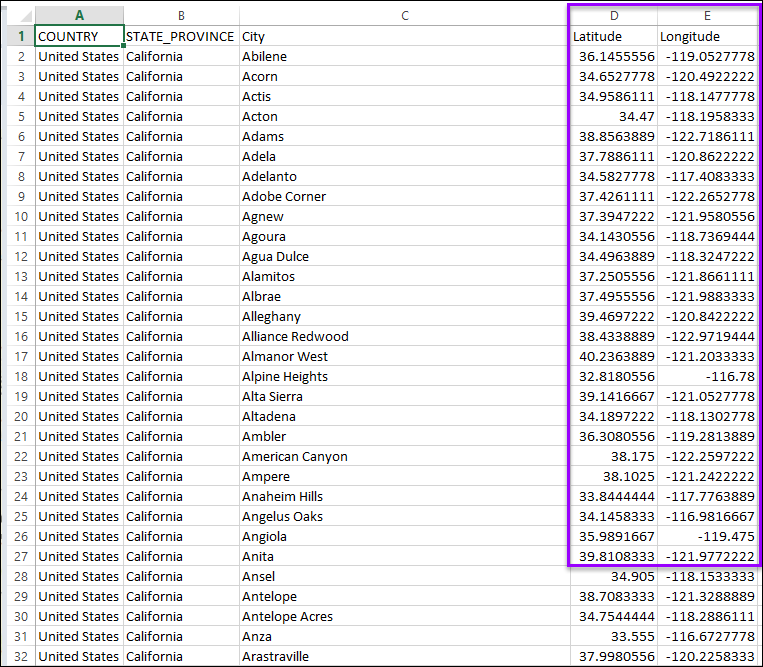 Now we upload the MS Excel contents into BI Office using the Data Modeling module. During the upload process, we need to properly define the category of each data item. For example, the city item (left) must be assigned the city category (right).

In this example, we create two calculated measures within BI Office. The first measure is named Inside and has the following values:

The second measure is named Outside and has the following values:

In this example, we have created custom MDX code (shown below) in order to achieve the desired geo-functionality for the variable named “Distance” and the parameter named “Center”. For more information on working with MDX code, variables and parameters, refer to the BI Office help.

Example of variable and parameter within MDX code.

Once we place the calculated measures (Inside/Outside) on columns and the City hierarchy on rows, the BI Office mapping becomes operational. The user can access the two slicers to change the distance (radius) and center (origin point) and view the results. 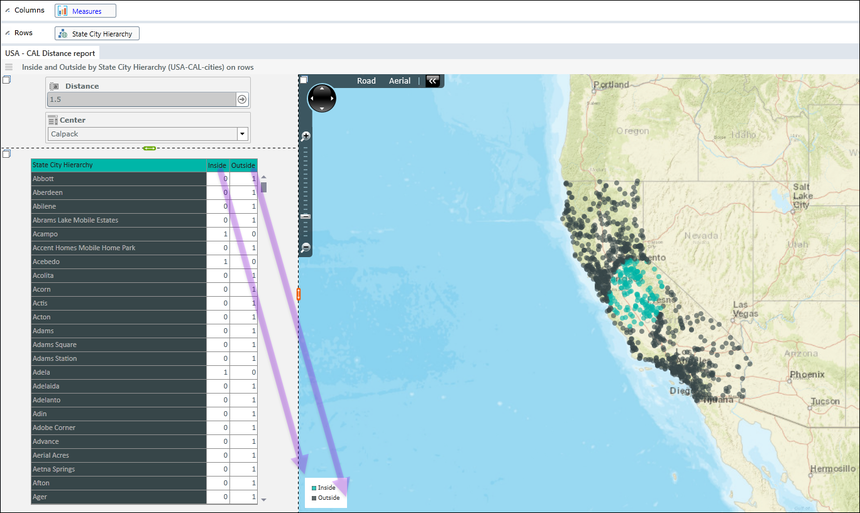 Interactive use of slicers to change visual results.