The EMMD (Expectation Maximization for Mixed Data) algorithm in the Clustering tool supports numerical clustering, categorical clustering and any combination of the two.

To better understand the concept of numerical vs. categorical clustering, let’s consider how a travel agency might create airplane groupings when evaluating their annual sales figures.

A mixed data type approach would create cluster groups by combining several of the quantitative and qualitative features, as shown below.

The uploaded data can be used to display a simple map of Mexican restaurants in the San Diego area, as shown below. The blue circles show the location of the restaurants, but don’t relay any special marketing information. 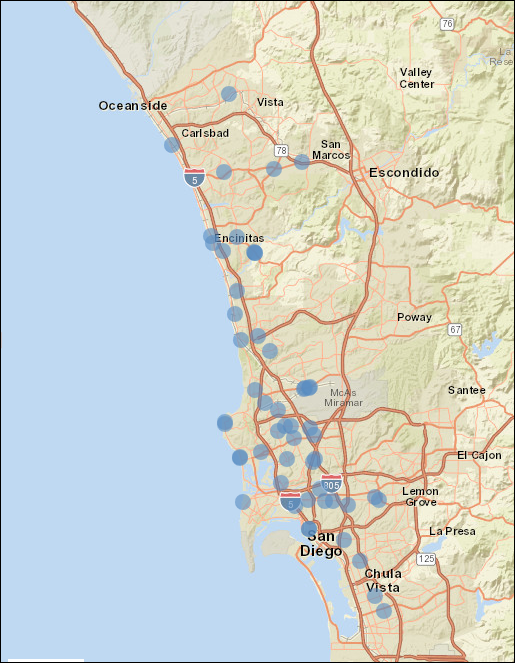 Using EMMD to Improve the Map

Emma wishes to use the Clustering wizard in order to build two clustering groups that portray graphically whether each individual Mexican restaurant tends to host more Meat Lovers or Veggie Lovers. Once Emma creates a map showing these two clusters groups, she intends to post ads for the Burreen Burger – targeting those neighborhoods with higher levels of Veggie Lovers. Her ads will be posted strategically on building walls, bus stops and highway billboards.

For the purposes of her study, Emma considers the "meat grouping" to include beef, pork, chicken, fish, shellfish, etc.

Emma arrives at the conclusion that the most efficient statistical method will take into account both numeric and categorical data for the restaurants. Hence, she will need to employ the EMMD algorithm for mixed data.

In the Algorithm dialog, Emma selects the EMMD algorithm and enters 2 as the number of clusters to be created.

The Items to Group dialog specifies the overall “framework” items for which the EMMD algorithm will calculate its results. Emma chooses the following parameters:

Categories to Group by

In the Categories to Group by dialog, Emma makes five selections: Beef, Bacon, Chicken, Lobster, and Pork. These are YES/NO data elements informing us of whether a given restaurant does (or does not) include a specific meat type on their menu. For example, a restaurant that serves beef dishes will have a YES value for the Beef data element.

Emma's strategy is based on the assumption that the fewer meat options available in a restaurant, the more likely that the restaurant is frequented by “Veggie Lovers”. 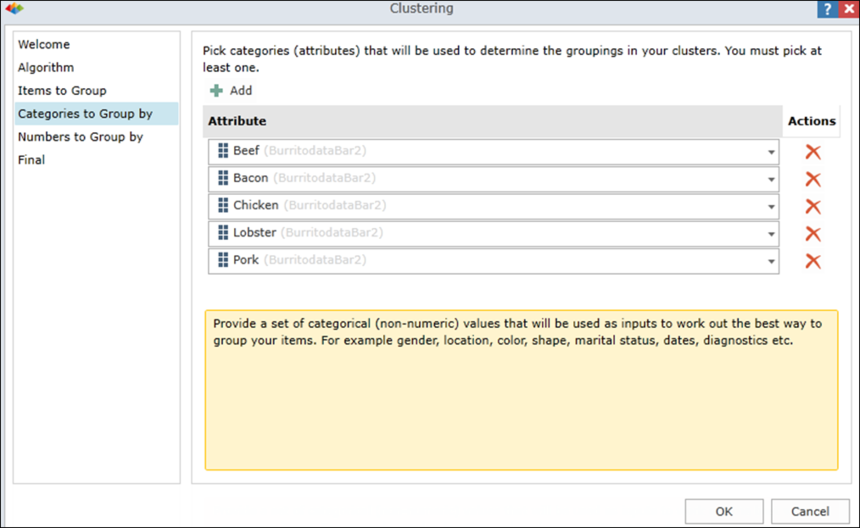 Numbers to Group by

At this stage, Emma selects two numerics to drive the creation of the cluster groups. 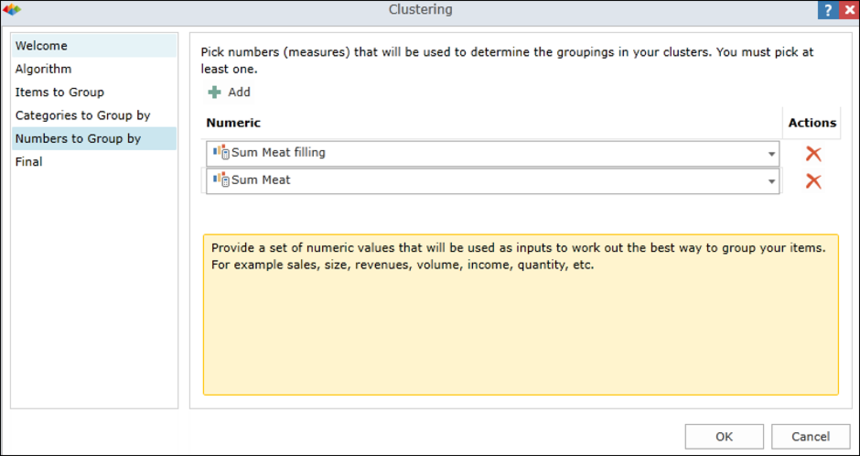 Figure 5. Choosing the measurement that will drive our clustering groups.

This cluster map will help Emma to decide on the best locations for her Burreen Burger ads, since advertisements close to one or more green restaurants are most likely to draw in the Veggie Lovers. 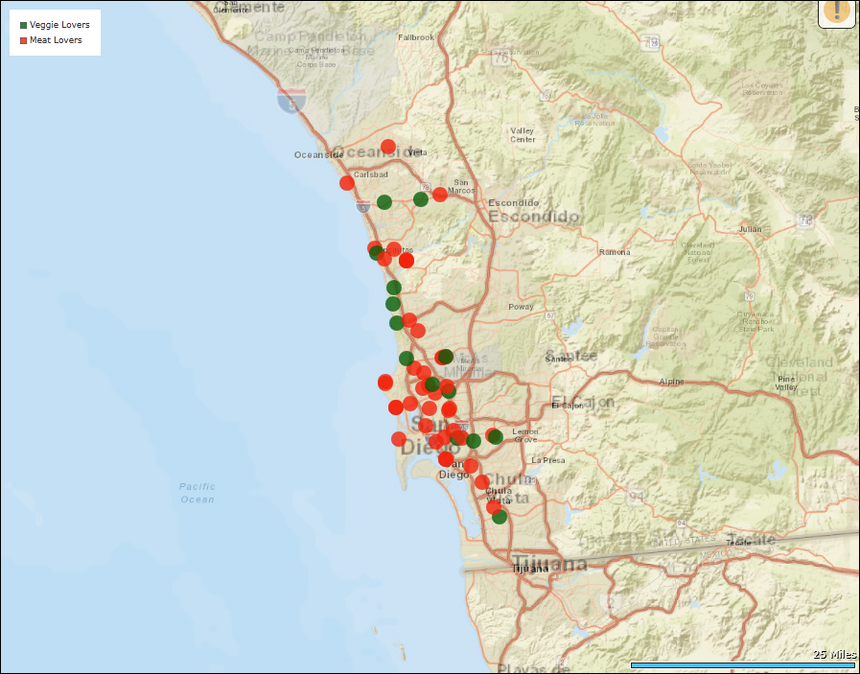